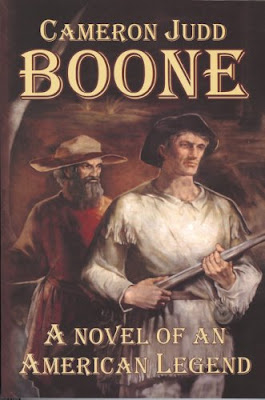 From the novel Boone by Cameron Judd:

"Meanwhile, Ambrose Coffee had just undergone an experience he would thereafter remember as a miracle. He had been lying atop a wall of the unroofed blockhouse, watching the negotiations, when the fight suddenly broke out. He was a fine target for hidden Indian marksmen, and came tumbling down suddenly into the blockhouse, his clothing shredded by bullets. Springing up, he looked about for the expected gushes of blood and found none. Not a single ball had struck him, every one of them merely cutting his clothes and breezing right past his skin."
Posted by Mitzi Swisher at 8:26 AM